Crystal clear lakes, wide-open bike routes, and picturesque towns make Sweden, with its 9.8 million inhabitants, one of Europe’s up and coming triathlon destinations. Pro athletes as well—like last year’s IRONMAN Kalmar champion Leanda Cave—boast about the unique atmosphere of the country, and the full-distance event’s popularity.

Now the Scandinavian triathlon pearl gets a second IRONMAN race: the IRONMAN 70.3 Jönköping, which will take place on July 10, 2016. The town at the southern end of the Vättern, approximately 200 kilometers away from Kalmar, has already hosted European championships in swimming and world championships in handball. Located at Sweden’s second largest lake, surrounded by woods, Jönköping is destined to host a spectacular event.

“Sweden has been a complete success story for IRONMAN. There was a clear demand for more races. We have seen thousands of athletes fulfill their dream of becoming an IRONMAN in Kalmar and are thrilled to now offer an IRONMAN 70.3 to this booming triathlon community,” said Thomas Dieckhoff, CEO IRONMAN Europe, Middle East and Africa. 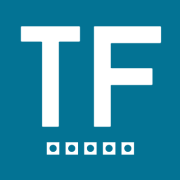